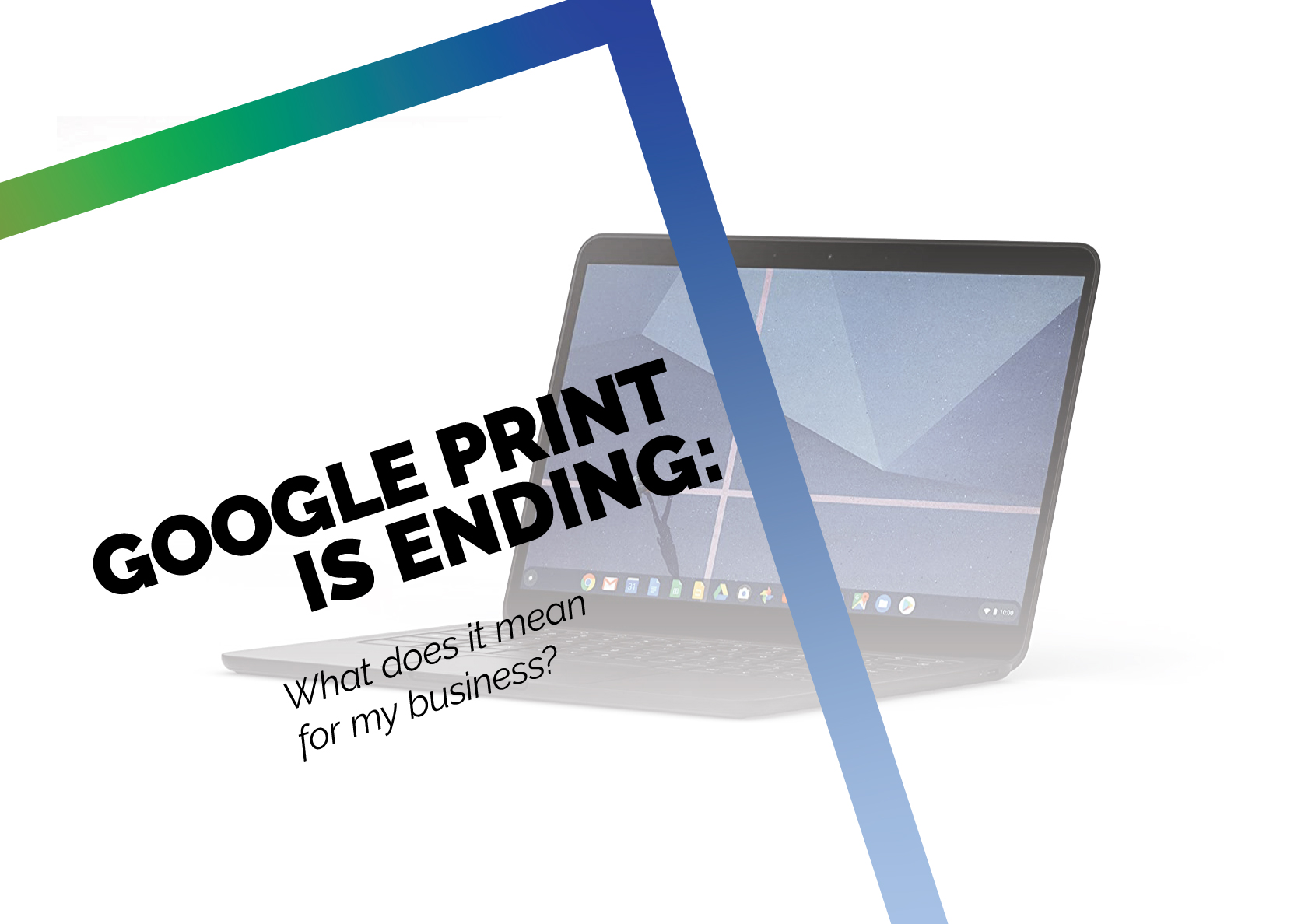 If your business uses Chromebook as the backbone of your personal devices, you more-than-likely use Google Print to print your documents — but as of December 31st, 2020, Google Print will no longer be supported by the search giant.

So, how will this affect your business’ daily operations, and what measures do you need to take to solve this problem?

Beginning its Beta in 2010, Google Print never exited this stage, and has remained in Beta for a decade. If you’ve never used it, Google Print was a useful tool — it allows you to print from anywhere, through any device using Google Chrome, as long as you can connect to a printer.

This software architecture was put in place as Chromebook’s “native” printing infrastructure, a decision that — while economical — created a dependency between Chromebook and Google Print.

This dependency hasn’t been much of any issue until now however; and honestly, Google Print was a great option to have in your wheelhouse — the universality of Google Print made it a good backup in case of emergency.

WHAT TO DO IF YOU USE CHROMEBOOK

If your business uses Chromebook, according to this support document from Google itself, you need not worry - Chromebook has its own native printing architecture now. Your system administrator will be able to manage your entire printer infrastructure through Chrome Enterprise, including updating or installing the necessary drivers for native print functionally on Chromebook.

Google will also be adding to the native printing functionality of Chromebook — throughout the year, Chromebook users can expect the release of the following features:

Google has stated users can expect more to come, but for now this information is limited.

WHAT TO DO IF YOU RELY ON GOOGLE PRINT

If you used Google Print to manage your mobile printing, Google itself has yet to release another option. There are, however, many mobile printing options; native software solutions from Canon, Konica Minolta, and Xerox can be installed on their respective printers and MFPs, and even mobile devices have their own solution — AirPrint for Apple, and Mopria for Android.

To learn more about Mobile Printing, watch this video.

Cathy Miles
Cathy Miles is a Business Improvement Specialist for Cobb, and has been helping business owners and decision makers find office solutions for over four years. When she's not helping offices improve their productivity, she's spending time with her husband and three-year-old yellow lab, or watching her son play baseball.
Agility vs. Mobility - What Does It Mean For My Business?
What is a click?