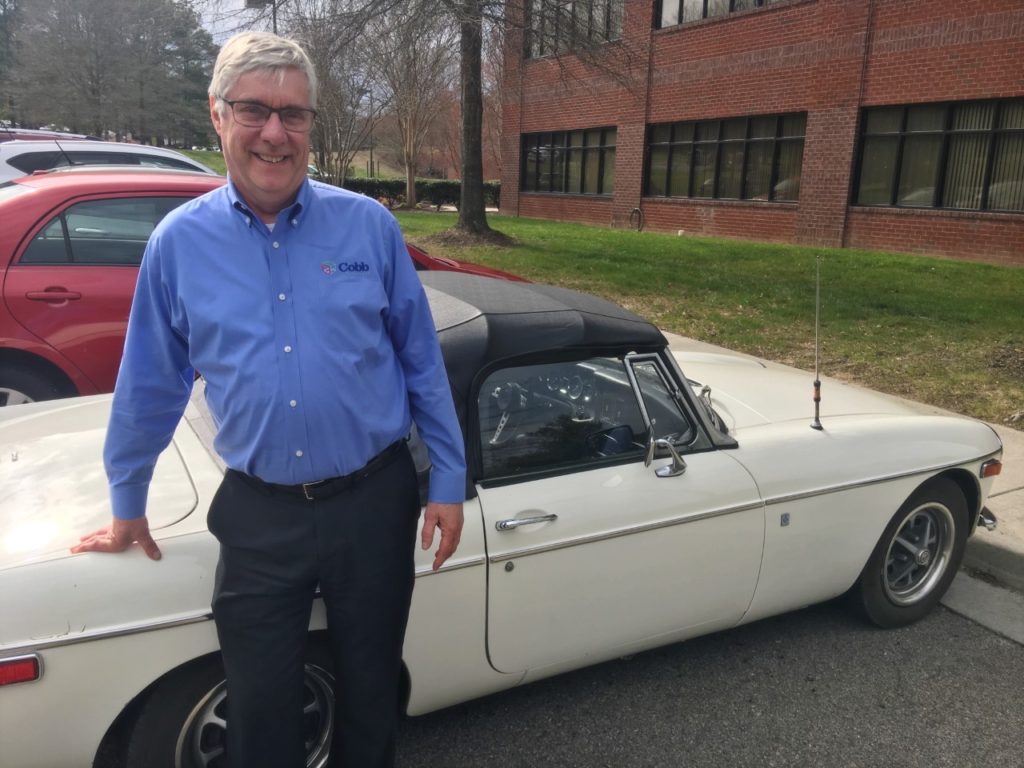 As Richmond service manager since December 2015, Alan Watson has been an instrumental piece in ensuring that Cobb clients are treated with the best service in the state. Whether it is keeping technicians up-to-date on the latest training, maintaining the condition of service vehicles or keeping a pulse on the influx of Richmond-area calls, Watson is a key part of Cobb's award-winning service team.

"My favorite thing about working here is the people," said Watson. "The technicians I manage always have a great attitude, and they're easy to work with because they do exactly what they need to do. They're a good bunch."

When he's not keeping tabs on Cobb's service, Watson, who was born and raised in Warwickshire near Stratford-upon-Avon, can be found outside of work riding around in style.

Watson is a car guy, with an eye for the antiques. He and his wife take their white 1972 MGB (think James Bond) to the wineries around the outskirts of Richmond. Last year, Watson and his wife shipped his MGB down to the Florida Keys and rode around town. A few hours in, though, he and his wife noticed a funny burning smell and decided to call it a day. When Watson looked down, he realized his flip-flop had melted due to the car's floorboards overheating.

"Although the flip-flop was a lost cause, luckily a little insulation was all that was needed to clear up the heating issue," said Watson. "It was a good reminder that they call them 'antiques' for a reason."

Cars aren't the only interesting thing about Watson, however. He and his wife adopted a 7-year-old girl from Russia named Lena, who is now 32. This past year, she went on a quest to find her birth parents and ended up catching the attention of a Russian reality TV series, similar to the Jerry Springer show.

"I wasn't much keen on going to Russia and being brought on this show," said Watson. "I think if you're going to meet your blood relatives for the first time, you don't want it to be on the equivalent of the Jerry Springer Show."

Although the episode fell through, there is a happy ending. The crew helped Lena find her relatives- an aunt and an uncle, who she was able to meet.

Matt Minor
As the marketing director at Cobb Technologies, Matt heads up the office technology company's strategic marketing initiatives.
LinkedIn
Cobb Expands to Fredericksburg
5 Tips to Get You Started on a Computer Spring Clean