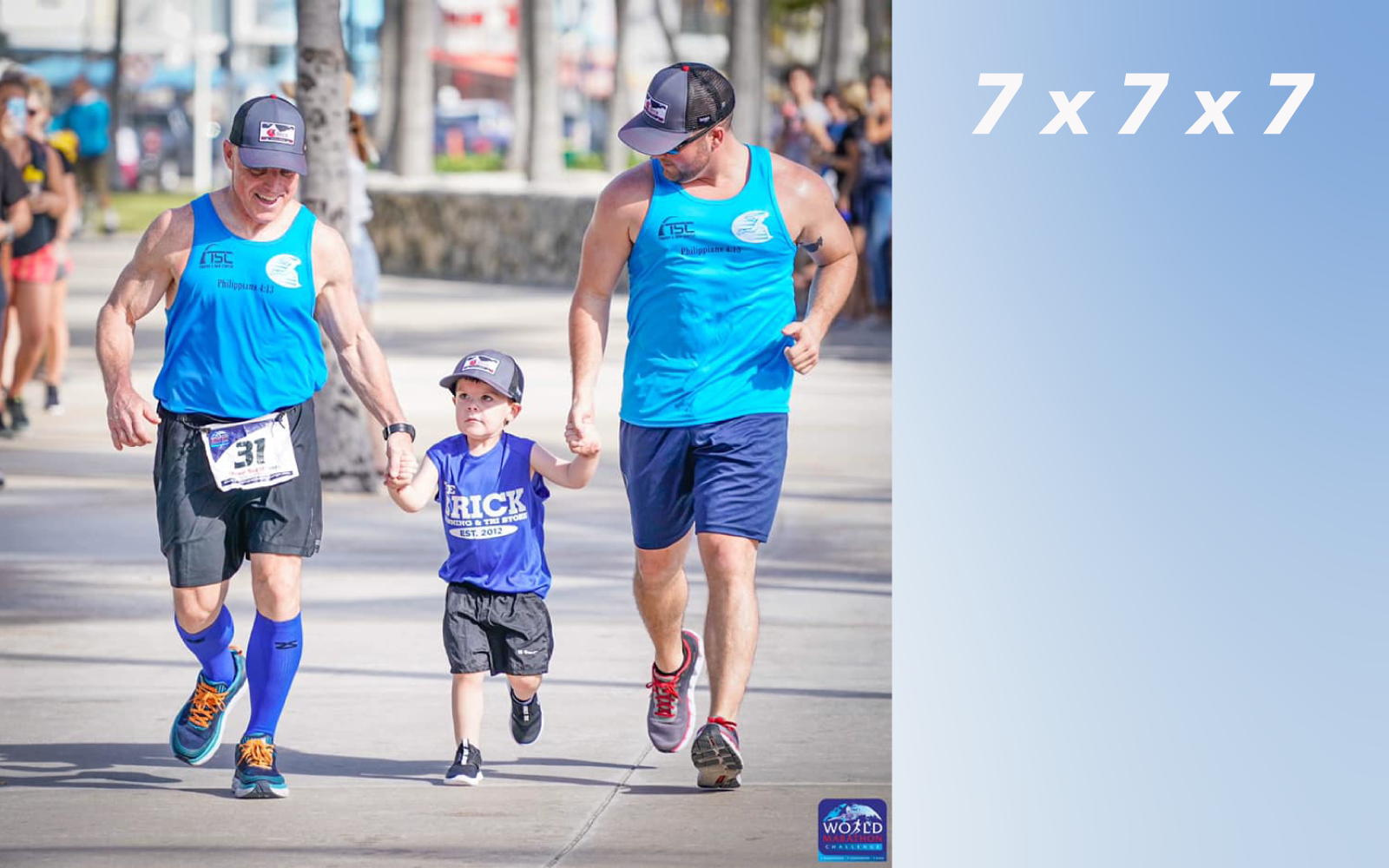 On October 20th, Cobb Technologies Service Technician, Steve Scott, will run from Danville to Richmond over the course of five days. This 168-mile race is Steve’s newest charitable endeavor.

This isn’t his first charitable run, nor his first ultra-long-distance, boundary pushing race. In January of 2020, Steven joined 34 other elite long-distance runners in completing the legendary 7 x 7 x 7.

What is a 7 x 7 x 7? Participants complete seven marathons, on seven continents, over the course of seven days. Next week, we’ll be speaking to Steve about his current training for the Race to Richmond, but for now, we’re delving deep into his experiences during his 7 x 7 x 7.

This is part three, and the final installment, of our 7 x 7 x 7 interview.

So, you moved on to Australia. Where in Australia did you run?

Perth. That was probably the best place we went to. It was beautiful there. The people were awesome — and people were nice everywhere, but they were just exceptional.

We got there, and started running at one in the morning, and when we were finishing, there were people fixing us a big breakfast. That was cool, it was fun — and it was beautiful.

The sunrise came up while we were still running, and it was just an awesome place.

You start running at one in the morning, so you’re finishing between four and five in the morning. Where did you find the time to sleep, moving from time zone to time zone?

Steve laughs. I’m going to tell you, the main thing you got to do, is you got to go with the flow. You really do. You can’t prepare for anything. Your preparation is to run — to be ready to run the next race. On the plane, it was mostly day time. So, I slept a lot on the plane. Once I got on the plane, I would change, and go right to sleep. I was trying to stay on East Coast time as much as I could.

That was something Becca had told me, to stay on Eastern Time. Did I do it the whole time? No — cause when you get to that number five or six marathon, you could care less. You’re mentally just in that zone. The only thing your body knows what to do at that time is — run.

If you finished a race early, you’d go lie down somewhere — whether it’s against a tree, or in a building, or just somewhere you could get off your feet. I did that a lot. But most of the time you slept on the plane.

So after Australia, where did you go?

We went to Dubai. That was an experience. We landed there late at night. We got on a bus, and were taken to were we were going to run. When we got there, we were taken to a holding area, which was in one of the mansions in Dubai. It was a three story, beautiful mansion.

Then, we ran the marathon.

All in all, Dubai was a beautiful place. We were in and out of there pretty quick.

And after that, where was the next leg of the race?

Madrid, Spain. We left Dubai, flew to Madrid, and one thing that was good was we were starting to come back to the East Coast. So time was starting to catch up back to East Coast time, and the time change was to our advantage.

When we landed, we were bussed to an actual F1 racetrack, which we actually did the marathon on — that was wild! In Madrid, it was 40 degrees compared to 80 in Dubai, which was definitely a shock to our bodies.

The craziest thing, after we ran there, we got to take showers — but the towels they had were paper towels the size of bath towels. It was the craziest thing to get out of the shower and dry off with a paper towel as long as you are tall. The people in Madrid were great, and it was a nice place, but again, we didn’t get to spend too much time because it was getting dark, and after the marathon, we had to get right back to the airport.

So after Madrid, did you head to South America?

Yes, we went to Brazil. It was hot, and we started running at noon. With the heat index, it was over 100 degrees. Again, you would go from one extreme to another extreme to another, and being the sixth marathon, you were running on adrenaline. You knew you had this one to knock out, and then you were on your way back to the United States.

We were on the ocean during our run, and there were fishing boats and fishermen all along our route, watching us run. The heat was crazy. We ran on a boardwalk, and it was a difficult one. The heat was what you had to deal with. You didn’t want to hurt yourself, or start cramping, or dehydrating, or anything like that, because you’re so close to home.

If you look at videos from that run, you’ll see my face. And when you see my face, it tells you everything. Steve chuckles.

But we got through it. I ran it in 5 hours and some change. That one was a lot of running and walking, drinking water, pouring water on top of us, just to survive it. That was probably the most survival-heavy run we had to do, even compared to Antarctica.

I’m hoping October 20th when I take off to Richmond, it’s 50 degrees. I can run forever in cold weather.

So, you’re heading over to Miami. What was going on in your mind as you were coming in?

“I finally get to go back home.”

You go to all these places, in all types of different environments, and cultures, and then when you finally get back to the United States, you know what’s around you. It makes you appreciate the little things.

Flying in, I was excited to see my family, and some other friends. I had a couple people sponsor me, and they flew down to watch me too, so that was pretty cool. When we landed, I kissed the ground. Most of use kissed the ground, coming off the plane.

From there, a bus took us to where we were running in Miami, and we had about an hour before the marathon started. It was really exciting as we were pulling up — there were hundreds of people from all over the world.

It was awesome to get off the bus and see my wife, and kids, and friends. It was special — a special moment.

So, you do your final marathon, and you’re finally done. How long did you sleep after that?

It took me a couple weeks to get acclimated to East Coast time. Once I got acclimated, I was pretty much okay. But then after that, this crazy COVID stuff came and shut everything down. I was training for the last year and a half for running. I was running 100 miles a week, and then all of a sudden, I was cut off.

And at that point, I’m going nuts. I mean, what do you do, right?

I’ve got to say, hearing about this experience from your perspective has been amazing.

I appreciate that. That’s the thing with what I’m doing. With my running, I get to meet people. Susan and Landen, who own an athletic clothing startup, followed me on my 7 x 7 x 7. And now they want to sponsor me. It’s just how things have come together. They’re good people, and it’s amazing, how from February, up to two months ago, I was trying to figure out, “What am I going to do?”

I was being taught how to have patience. And to wait for the right time, to let things be led to place. Then all of a sudden, Imprint’s golf tournament was canceled, so I reached out to Noah (the director of Imprint), and now we’ve got this going on. It’s awesome.

I’m excited — but it’s not about me. It’s not about me doing this and doing that. The only thing I’m doing is running. I’m doing something that I enjoy doing. I’m doing this, because I want to give back to kids. Like what Imprint does. And it broke my heart knowing that the golf tournament raised so much money that goes to kids, but it was canceled because of COVID.

I’m just doing the run — that’s all I’m doing. The thing is, the money that’s being raised for it, is going out to help kids. Helping a good cause. Helping people that I would never otherwise see. If I make a difference in one person’s life in this whole thing that I’m doing, this run from Danville to Richmond, it’s worth it all to me. Does that make sense?

Kate Vinnedge
Kate Vinnedge is Cobb Technologies' Digital Content Manager. A Richmonder since 2010, she is a believer in the power of tech, and has made it her mission to help foster the adoption of secure, smart, and sensible enterprise systems among businesses by introducing advanced tech ideas through the creation of easily-understandable and digestible content. When Kate isn't writing about tech, she is hiking, playing D&D, or working on her very own table-top roleplaying game.
Facebook LinkedIn Twitter
The Race To Richmond: What Imprint Does and How You Can Help
CobbtoberRun 2020 - Steve's Story